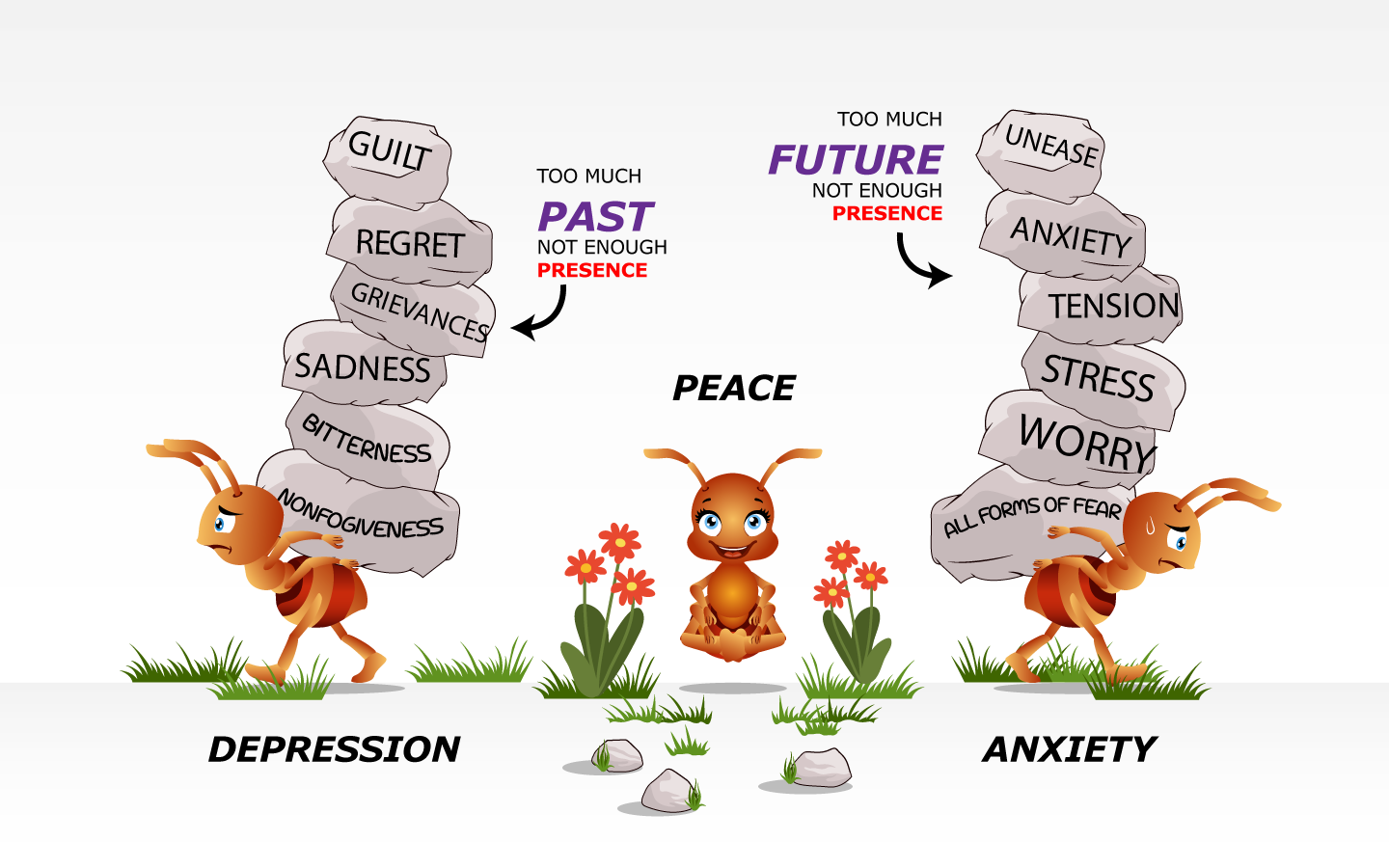 Cognitive distortions in anxiety and depression

The average person has around 60,000 thoughts per day, that’s one thought every 1.5 seconds on average! That’s a lot of thoughts and around 98% of these thoughts are repeated thoughts. Now consider this – repeated thoughts change our perceptions, attitudes and eventually our core beliefs and this in turn shapes the way that we see the world and people around us. Thoughts have a direct influence on our feelings and behaviour. In other words, we need to be extremely careful how we use our minds because if we’re not then anxiety and depression can quickly become a big problem and this is why it affects so many people around the world. Look after the mind and the mind will look after you.

Ideally you want to use your mind in a very flexible way meaning you don’t want to allow too much rumination or worry to come into your mind. A flexible mind detaches from worry, rumination and problems and doesn’t get caught up in these ‘suppressive’ styles of thinking.

All or nothing – Most common in ANXIETY (FUTURE BASED)

At the core of perfectionism is the tendency to evaluate ourselves in terms of absolutes and nothing in between—good or bad, winner or loser, smart or dumb. In this situation, not being able to do both—complete my project and keep up with other work—pointed to not having achieved the “perfect situation.”

Overgeneralisation – Most common in ANXIETY (FUTURE BASED)

Believing that if something bad happened once, it will happen over and over and over. “I did it again,” the thoughts that reinforced the belief it will always be this way—unable to manage and prioritize my work.

Mental filter – Most common in DEPRESSION (PAST BASED)

The tendency to focus on one negative aspect of a situation while ignoring all other positive evidence. In spite of having completed the project, my focus was solely on “how behind I was.”

Disqualifying the positive – Most common in DEPRESSION (PAST BASED)

More destructive than mind-filtering, this involves taking a positive experience and turning it into a completely negative one. With all the distorted thinking already stewing in my head, the sense of achievement from this moment was replaced by a sense of failure for not being able to keep up with everything else.

Jumping to conclusions – Most common in ANXIETY (FUTURE BASED)

Automatically jumping to negative conclusions without any basis for it. The immediate assumption here was that “I’ll never be able to catch up,” even though I always have in similar past circumstances.

Magnification and minimisation – Most common in DEPRESSION (PAST BASED)

The tendency to magnify our mistakes and weaknesses while minimizing our successes and strengths. The heightened sense of failure for not being able to keep up obscured my abilities and skills to overcome this and any other challenges.

Emotional reasoning – Most common in DEPRESSION (PAST BASED)

Looking at life through painful eyes where everything looks bleak and dark. Once the wheels of distorted thinking were set in motion, everything I needed to do to get caught up appeared daunting and impossible.

Should statements – Most common in DEPRESSION (PAST BASED)

The useless mind-noise resulting from being disappointed with ourselves and the world, reminding us of what we could’ve, should’ve, or would’ve done differently. “I should’ve tried harder to keep up.” “I must do all of this to catch up.” These were the thoughts that began popping into my head.

Labelling and mislabelling – Most common in DEPRESSION (PAST BASED)

The constant labelling and mislabelling of ourselves in a self-deprecating manner. Once trapped in this way of thinking, the usual self-loathing terms to devalue myself showed up—loser, not smart enough, can’t do anything right.

Personalisation – Most common in ANXIETY (FUTURE BASED)

Feeling responsible and guilty when there’s no reason for it. Even though I had a valid reason to do what I did (postpone other work), I blamed myself and felt horrible for finding myself in the situation I was in. 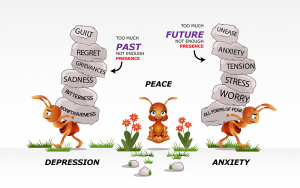